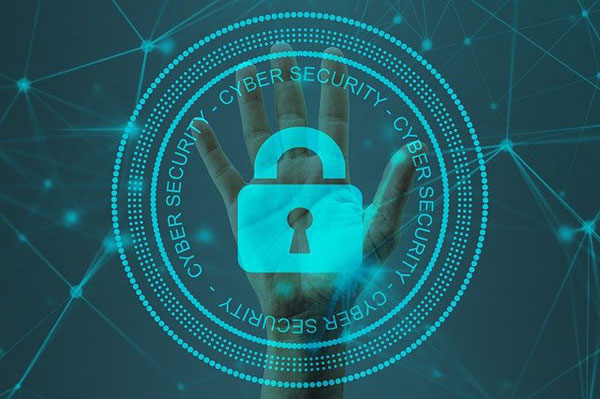 When looking at cybersecurity, especially for the future, foresight is very important. As we enter a new year, companies have to make adjustments. They must prepare themselves for what they predict to be the new cyber threats to face. Although these attackers are always on the lookout for new techniques and strategies to damage and defraud companies, there are many older techniques, strategies that stand the test of time; as these cybercriminals continue to refine these methods.

So, what are the major cybersecurity threats that you should be looking out for.

Just a few of the major threats to consider, are outlined below:

When we look at ransomware attacks we find that there has been a steep decline in the number of attacks, targeting individuals. However, when we look at attacks targeting businesses. There has been a rise from 2.8 million, several years ago, to latest numbers putting it around the 10 million mark. That’s a huge increase, in only 2 – 3 years.

The main reason why these cybercriminals are targeting businesses instead of individuals, is because of the obvious. Companies have more money, and they have more motivation to pay the ransom demands. Another reason is that crypto-mining attacks, which was really big in the past, became far less lucrative, after the Bitcoin price crash, this led to many cybercriminals, choosing different attack strategies, with ransomware being a strategy of choice.

With the increased reliance on cloud computing for a great many businesses. It’s not surprising that we’ve witnessed the emergence of cloud jacking. This is a method of attack that is only set to increase, in the coming years. Misconfiguration will be one of the major driving forces behind these attacks, according to many expert reports.

Other experts predict that code injection attacks, whether through a third-party library or through direct code intervention, will be one of the methods used in these cloud jacking attacks. Such attacks, like SQL injection and cross-site scripting will be used to eavesdrop, take control of, or edit confidential documents stored on these cloud services. These cybercriminals may also opt to inject malicious code into third-party libraries that users will download and run, unwittingly, of course.

As was pointed out in many security blogs and websites, that the cloud service providers are the ones responsible for protecting their infrastructure, while the customers duties is in monitoring who accesses their account, protecting all their saved data, managing any configuration settings, observing any unusual behaviour on their account, and ensuring all the latest security vulnerabilities are patched, when updates are made available. So, in reality, the customer is responsible for a significant amount of the security when dealing with the cloud.

Cryptocurrency, which is a big thing now, and could be considered a movement, has its own cybersecurity implications. For example, crypto-jacking is basically a trend, which entails cybercriminals hijacking the computer systems of either work or home users, which are then used for mining of cryptocurrency. Because, mining for this cryptocurrency (such as Bitcoin), requires significant amounts of computer CPU power, hackers are able to make money by stealing the CPU resources of other peoples systems. For a business, falling victim to such attacks can lead to a serious system performance degradation, resulting in possible downtime, as the IT support team has to track down and fix the problem before full productivity can recommence.

Read More:   Website Rendering: What Is It and How Does It Work?

When it comes to cybersecurity threats, one of the biggest vulnerabilities any company has, is its actual employees. Because the employees have literal full access to the companies network systems, they are able to inflict immense damage, if they so choose. Which is something they may be enticed into doing, if there is significant monetary gain. Or, in other circumstances, they may accidentally allow someone else access their account, which said individual will go on to launch their own attack. The last situation is an employee downloading a malicious file to their workstation, without knowing it.

Whether intentional or unintentional, one of the biggest risks, to any company, in the area of cybersecurity, is always the employees. For this reason, many companies attempt to minimise said risk, by educating their workforce with cybersecurity training on the dos and don’ts of net security.

With more and more end users opting to migrate from your standard desktop unit to a mobile device, the more data stored on these mobile devices is only set to increase, as each day, week, month, year goes by. Mobile malware is basically malicious software that is designed specifically to target the operating systems of mobile devices. With an ever increasing number of both important, sensitive and confidential tasks being carried out on these smart devices, it’s safe to assume that in the not so distant future, that malware for mobile devices will emerge as its biggest cybersecurity concern.

Internet of Things continues to grow as each day passes, with current projected numbers standing at around 75 billion connected devices within the next couple of years. This should include tablets, and laptop computers. But also other devices such as webcams, routers, smart watches, automobiles, home security setups, refrigerators, general household appliances, equipment for manufacturing, medical gadgets and devices, and much more.

Read More:   How to connect airbrush to compressor?

These connected devices are very handy for the consumer, with a large number of companies using them, in order to save on money. This is made possible by the insight gathered from the data compiled. This data can then be used to streamline the corresponding business, or better optimising company processes. However, there is a downside, in that, with more connected devices, you increase risk. The end result is IoT networks that are more susceptible to infections and infiltration by cybercriminals. Once one of these hackers is able to gain access to these IoT devices, they can cause all sorts of mayhem. General attacks may entail such things as overloading a network, locking down a device, possibly one used for manufacturing purposes – all of which is done for personal gain, of course.

Uchenna Ani-Okoye is a former IT Manager who now runs his own computer support website https://www.compuchenna.co.uk.

Reasons Why Enterprise should invest in Android app development

What is Low code app development? and examples

Understanding The Impact Of Maintenance On Equipment’s Productivity