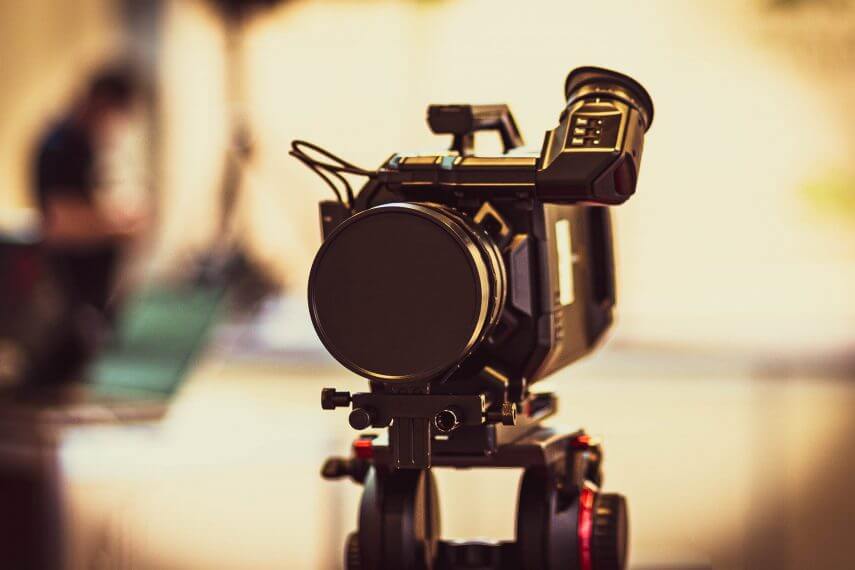 When making any kind of film, video editors are crucial in making the viewer feel involved and engaged with the content. The obstacles in doing so can be considerable, with so much to evaluate – from camera shot and editing software to lighting a portrait and maximizing audio.

So, if you are overwhelmed by it all, and are new to the fascinating yet daunting world of video editing? Here are nine mistakes to avoid to ensure high-quality videos.

There will often be two to three audio components on your timeline. Audio includes music, voice, and clips. If you don’t require the original clip’s audio, the first thing you should do is turn it off. You may disable this in some apps by selecting “separate audio and video” then deleting or hiding the audio track.

The music track of newbie editors frequently overpowers their other recordings. Make sure the music complements your voice or sits just below it. Focus on the sound in the final edit.

Pacing occurs when a video editor alters the length of shots, guiding viewers’ emotional responses to the action. Faster tempo conveys enthusiasm and intensity, whereas slower pacing conveys thoughtfulness and relaxation. Finding and working with a rhythm is essential for avoiding video editing mistakes like poor pace.

As a reasonable online video editor, try editing a scene and then replaying it. Find strategies to change the shot duration to keep the film moving at a good speed.

To avoid this error, make sure the previous clips are long or alter the transition duration. The transitions should also be consistent with the overall tone of the video.

There’s nothing quite like an online video editor’s cut to disrupt someone’s remarks, a song, or another aural component to throw a viewer off. Fast-Cutting is a crucial technique.

You should always let the subject finish a thought before moving on to the next scene, clip, or viewpoint unless you’re cutting for a joke or emphasis. Of course, if a line is too long, you can clip it but make sure your cuts are in the spaces between the words.

You may enjoy a song and want to incorporate it in a video, but if the tone of your video is drastically different from that of the music, it will not be well received. Consider the subject of your video, then consider the beat, melody, and genre of the song you’re utilizing.

Consider why as you’re using the song and whether it enhances rather than detracts from the pictures. Watch the video without the music to see what emotion you get, then compare it to your music.

Another continuity issue in editing that can startle the viewer is match frames. They arise when a video editor cuts from one camera view to another using similar camera angles.

When you make cuts, you usually want to alter the angle substantially enough that the audience feels like they’re seeing things from a different perspective. Match frames, like jump cuts, can be avoided by including a cutaway shot that breaks up the two views and makes the spectator less aware of the minor shift in perspective.

Beginning video editors frequently overlook the potential of adjusting a clip’s pace. The fact that our raw footage is all in real-time does not mean it has to stay that way.

A video editor’s skillful combination of music, close-up photography, and slow-motion has impacted us all. On the other hand, we’ve all burst out laughing at the high-speed video’s hilarious effect. While the video editor may have little control over frames, lighting or ambient sound, they do have control over the speed of the individual video clips and the final output.

Every video editing tool has a way to organize the aspects of your video, such as titles, audio, video clips, photos, sound effects, and so on. Digital folders, sub-folders, clip bin icon display settings, and file naming/renaming facilities are among the organizing tools. As an online video editor, you must become an expert at using them.

Try not to start edits on the video editor timeline until all of your raw materials are well-organized and accessible. If you know you have the perfect shot or photograph somewhere but can’t find it, it will slow down your editing work.

Video can be a useful tool for answering questions and piquing people’s curiosity. When it comes to introductory and demo videos, though, many businesses have a similar approach. These types of movies, we believe, do not have to be tedious.

Read More:   How to Compress a Video for Your Social Media

Your video doesn’t need to have someone displaying an in-app tour or a hands-on how-to (though those are great places to start). You can convey the same information or curate a video tutorial with interesting use of graphics too! That’s when thinking outside the box as a video editor, rather than inside the box, comes into play.

We’ve compiled a list of the fundamental rules of video editing and broken them down for you. Now you’ll know how to avoid frequent blunders when recording and editing videos and achieve professional results right immediately.

Video editing is mostly a creative process and these technical aspects can help you achieve the pinnacle of creativity and assist you to gain authority. You’ll learn how to break the rules to materialize your creative ideas once you’ve mastered the fundamentals. Develop your video editing talents, and don’t be scared to experiment.

How SEO services help in digital marketing: Role and its importance

How to Save PDFs on iPad Free

How NFL Teams are Emphasizing their Brands and Players