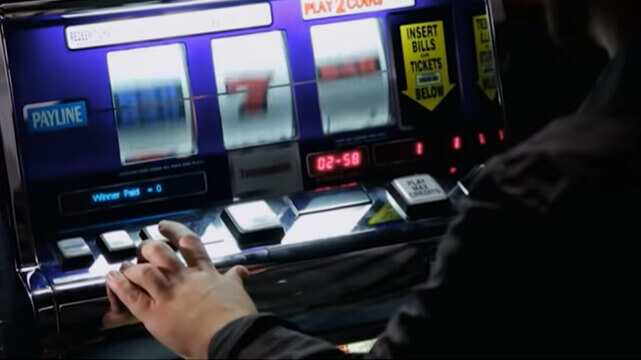 When slots were introduced in the 19th century, it didn’t take very long for punters to start working on techniques to try and cheat their way to the cash hidden within them. These mechanical machines were simple in play but highly sophisticated in design.

However, the first attempts at cheating focused solely on what made online UK slots spin and this of course, back then, was a lever. Some punters eventually discovered that if you unevenly release the lever mechanism, then you could influence the result of each spin. The lever was designed to be given a swift pull, followed by a quick release. Deviating from this actually meant that some skilled punters could regularly win by lining up the symbols of their choice.

When this becomes hard to continually carry out under the gaze of staff, the next method of cheating concentrates on symbol manipulation once more, but this time under the influence of powerful hidden magnets. This meant that no abnormal physical contact was needed with the slot machine.

As slots developed so did newer ways of cheating, some famous methods included shaved coins, the development of gizmos that would confuse slots into paying out when they shouldn’t. Mechanisms were even secretly placed into the slot to release coins whenever the cheater wanted to pretend that they had registered a win.

Digital slots that produced spins at a touch of a button put an end to many of the cheating techniques that were used on old slot machines. With digital slots, an RNG or Random Number Generator generates each spin. This is a tiny microchip hidden deep within the slot itself. Its sole purpose is to continually generate millions of number sequences that are translated into spins. This new high tech version of slots made cheating by the general public next to impossible. However, staff could still have a go if they were dishonest enough to put their expert knowledge to bad use.

Ronald Dale Harris was one such employee of the Nevada Gaming Commission who thought he would try his luck. Harris used his expert knowledge of computer coding to tamper with the results of randomly generated spins. His computer programming expertise cheated slots for years. However, his cheating streak was halted in 1998 when a $100,000 win fall aroused far too much suspicion.

There is no such thing as honest cheating, instead, bending the rules is a better term and you can do this without breaking them either. When you choose to play slots, only play the games with high RTP scores. This is also known as the Return To Player percentage.  Games with high RTP scores over 97% can be your best chance of making a profit on slots

There are no rules to how many different casinos one player can join. If you can afford to join a few, then look out for those that double your first deposit. If you join a number of slots casinos that do this, then you can end up with a fair amount of free cash to play with.

Why is Moviezwap so Popular?

What Are the Different Types of SEO Marketing

7 Reasons to do Six Sigma Certification Course in 2020