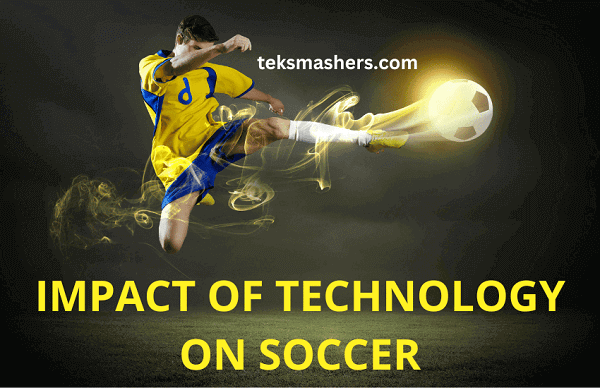 The impact of technology on soccer has been becoming extremely helpful to sports officials, players, and fans. Technology is made every day, and it is no longer a new thing that has been applied in almost all sports. The main benefit of technology is that it has been helping match officials to make the right call. Therefore, Europa League predictions can be won without errors.

Gradually, technology has been shaping the world of soccer, and it keeps getting better in every sports game, and in the future, new technology will become an essential part of the sport. The exciting central part about using these technologies is that it does not change the primary game but boosts the players and gives fans a better experience.

These technologies have different uses, and in terms of players’ status, there is a technology that allows helping optimize our efforts by giving more personalized and professionalized follow-ups on players’ health. It helps to have a structured medical team that knows everything that happens in a club.

The Video Assistant referee is also called VAR. This technology is set up in a room where a group assists the referee in officiating a game. The aim is to call the referee’s attention to identify mistakes that went unnoticed from a centralized video operations room at the stadium to make the right decisions.

They help the referee to make better decisions by using their perspective for the best possible conclusion. The VAR team consists of a video assistant referee, three other assistants, and four replay operators to execute the work given to them.

Read More:   Popular Slot Games You Should Consider As A New Player

The Smart ball is part of the technology used in soccer, improving every sport. This kind of ball is used in official matches across European Leagues, MLS, and other American leagues, and in some African leagues, they use intelligent balls in their games. This ball contains a sensor, i.e., an NFC Chip, jointly created by Cairos Technologies and Adidas.

The Smart Ball work is designed to track the precise location in real-time, including with great precision when it has wholly crossed the goal line with the help of a networking system placed across the field. The referee officiating a game will receive the information from his smartwatch when the ball has passed the goal line.

Goal line technology is one of the best technologies so far in the history of soccer since its existence, and it is used in the ongoing FIFA World Cup in Qatar. It helps the referee to know precisely if the ball passes the line in the box for an attempt to reach the goal or a close call.

Goal-line technology was first used at the World Cup in Brazil in 2014, and it stands as a vital component of the technology used two years ago in Russia for the FIFA World Cup. However, the Goal Line Technology can only work perfectly with the help of a Smart ball system.

The offside checker is also one of the best inventions and has had many impacts on soccer. For example, the ongoing FIFA World Cup has a ball called Al Rihla, which has a sensor around it that transmits data to the room where the video assistance is every 500 times per second. The technology allows tracking each player’s limbs and the exact point kicked in real-time.

This technology is used in the ongoing FIFA World Cup. A reference was in the game when Argentina faced Saudi Arabia for their first-round group stage, where Argentina did more than three offsides in the first half of the game. And it can play a huge role in Europa League predictions today.

Another technology that has made sports better is that it has made a better viewing experience with high-definition displays. Technology has made it easier for viewers or fans in the stadium watching a game, making them feel like they are actually on the pitch, and it gives a better experience.

There was a time when the technology giant Intel partnered with Manchester City, Liverpool, and Arsenal, and they introduced its state-of-the-art to the stadiums. These technologies make it easier to place bets on Europa League picks.

Fan engagement has been noticed in sports leagues, which made them create platforms for the fans where they can buy or trade digital keepsakes, and an example of this is the National Basketball League (NBA). The NBA allows fans to trade any basketball video clips.

What is the Technology in Mobile Phones?